Cansaf Creative Teaming was given the opportunity of hosting the wedding of Tim and Azlina Wetmore amidst the incredible beauty and quiet serenity of Prince Christian Island just above Victoria Falls.

The idea for these wedding plans was born out of the couple’s passion for the senses of Africa. They wanted to share these feelings, the sights, sounds and smells, with their friends and family, and with the help of Cansaf’s wedding coordinator this was to become a reality.

Here is a story of A Uniquely African wedding!

At 3 o’clock on the afternoon of the wedding, the Groom, best man and all the guests congregated at the Victoria Falls Safari Lodge overlooking the waterhole, for a final pre-wedding drink to still any giddies. A massive thunderstorm welled overhead, releasing a typically African, short sharp torrential downpour as if to bless the union about to be formed. Proceedings delayed by almost an hour meant a few more Zambezi Lagers could be consumed before it was time to leave.

The group were transported up into the National park to the banks of the Zambezi River where rafts and raft guides awaited to float them downstream. The Zambezi River upstream of Victoria Falls forms intricate channels between islands, its banks thickly vegetated with hanging Waterberries and majestic Ilala Palms. These serene islands and quiet river channels provide comfort and shelter for small groups of elephants passing between Zambia and Zimbabwe. And as the rafts gently meandered in the current of the river, the guests, excited by this incredible location, peered eagerly around hoping for a special sighting. The loud cry of a fish eagle seems to echo the approval of the events about to unfold.

Prince Christian Island is located in sight of the towering plume of spray, as the Zambezi surges over the last kilometres before the treacherous fall and thunderous tumult that is the “Smoke that Thunders”. It is here on this island amidst towering ebony trees, in a location ‘borrowed from nature’ that a temporary chapel has been sited, with views of the Zambezi on three sides. The pews and isles have been expertly decorated with indigenous pods and flowers in tribute to the intricacies of natural Africa, and the soft sand spread with flower petals.

As the guests arrived on the island the Amazulu acapella singers greeted them. Once on the island, the groom and guests looked eagerly upriver for the arrival of the Bridal Party. Soon, the Bride’s raft, paddled by warriors to the rhythmic beat of a bass drum at the stern, comes into view. The Bride flanked by her bridesmaids enjoying a nerve quenching Zambezi beer, as they drifted in splendour down towards destiny. With the Amazulu singers positioned in branches of trees, in full song, a massive warrior carried the Bride down an alley of guests lining the pathway across the island to the ‘chapel’ and the awaiting groom.

After the ceremony guests accompanied the newly wedded couple back onto the rafts for a short float down to the reception site on the banks of the Zambezi River near the Big Tree, a massive baobab, hundreds of years old.

Arrival on the banks of the river at dusk was perfectly timed to magnify the effect of the fires and flares lighting the way to the bush dinner site exquisitely set out beneath giant ebony trees and leadwood. The guests were welcomed by song and dance from the Shangaan warriors as they made their way to their tables.

After soup starters, a mouth-watering buffet of meats, fish, vegetable dishes and salads, cooked over open fires did justice to the appetites built up by exercise on the Zambezi. The speeches were followed by more traditional African dance, soon including the bride and groom and all the guests.

Then the DJ started up with ‘Scatterlings of Africa’, which signaled the start of a melee of music that kept them fervently dancing into the early hours of the morning.

Over the following days, an active itinerary had been laid on for the guests, who’d travelled from all over the world. These included:

All agreed that this was a truly unforgettable wedding, as too soon, the sad farewells arrived. The newly married couple departed on honeymoon for the quiet pampered luxuries of a Hwange bush Lodge, and the rest, for all corners of the world! 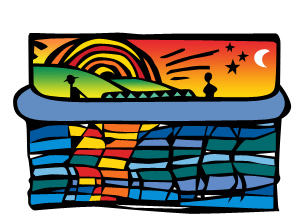 Cansaf Creative Teaming is a Destination Management Company focusing its business in Victoria Falls and the Chobe region. The company is well-positioned to provide services to corporate and incentive clients from all over the world. 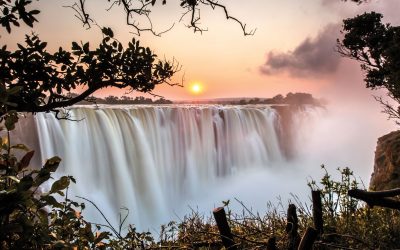 What is a destination management company?

DMC - Destination Management Company What is a destination management company? A DMC is a company that specializes in coordinating, designing company excursions. Their services include meetings, conferences, incentive trips and more. They are also known for managing...